Practiced by more than 95% of the population, Theravada Buddhism is the official religion of Thailand and plays a key role in many aspects of Thai culture. In fact, Thailand is so connected to the religion it’s often referred to as ‘The Land of Buddhism’ and many people travel here from all over the world to study its teachings.

Integral to the daily lives of many Thais, you will find numerous reminders of the religion during your travels here in Thailand – from towering temples to Buddhist statues, there’s plenty to see and experience. What’s more, you’re almost guaranteed to see a Buddhist monk during your stay, with over 300,000 practicing across the region. They’re easily recognisable in their distinctive orange and yellow robes and they can often be seen collecting donations and offering blessings in the towns and villages around the temples. 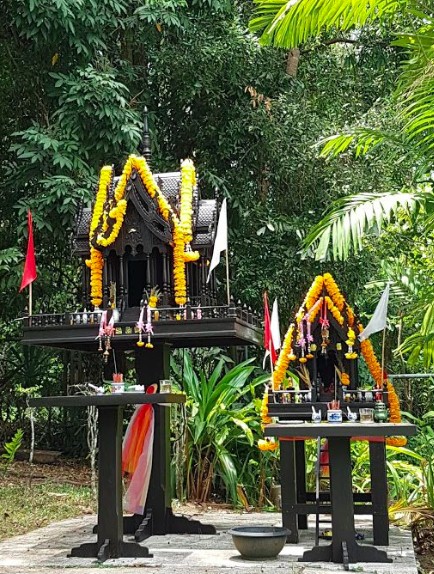 Although the vast majority of Thais are Buddhist, almost all also believe that the spiritual world coexists with the physical and the country’s older animist traditions, which predate Buddhism, are  often still practiced too. When exploring Thailand you will also become accustomed to seeing small Spirit Houses outside many buildings and homes. These houses are built for the spirits that occupy the lands and many Thais believe that giving daily offerings to them brings good luck and protection from danger. It’s thought that the more you offer the spirits, the more you will receive in return. Here at The Sarojin we have our own Spirit House in our grounds that our team gives to daily, offering  fruits, water, candles, joss sticks and flowers. Buddhism is so revered in our Thai culture it is custom for all Thai men to become a monk at some point in their lives, even if only for a short period of time. It’s thought that this tradition brings with it good karma and merit. Here at the resort many of our team have experienced this first hand, including our Assistant Manager for Adventure and Discovery Khun Jack. Khun Jack grew up in Chiang Mai before moving to Khao Lak in his early 20’s and has been part of The Sarojin family for over 15 years. Now married and a father of three, here Khun Jack tells us a little more about his experience of becoming a monk and how his Buddhism beliefs still shape his life today…

“Buddhism has always been a part of my life. When I was a small child my mother would often take me to the temple in the warm summer months to learn about the religion and I would spend a lot of time there with the monks. This practice of taking children to the temple can still be seen today, particularly in the northern regions of Thailand. 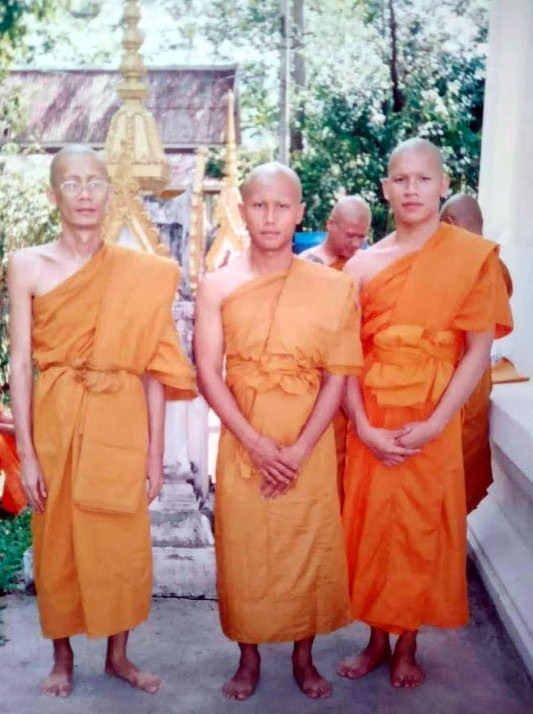 I became a monk when I was 22 years old and spent three months living at the temple in my hometown of Chiang Mai. Before being able to become a monk I had to stay in the temple for at least one week to practice the prayers and learn about the life of a monk from my senior mentors. As custom I also shaved my head and wore the traditional robes. After this time of learning I officially became a monk and then followed a strict daily routine which included waking up at 5am every day to do my morning prayer and meditation, before heading out to the local village to collect offerings. This was an important aspect of being a monk as many villagers would be waiting for us to arrive to give their offerings of food, which is a Buddhist tradition thought to bring blessings and spirituality. Upon returning to the temple we would have breakfast and then start our day with cleaning before doing more prayers and reading religious books. Monks have their lunch in the late morning as they must eat their two daily meals before 12pm every day. After this we would do some light exercise before our evening prayers and heading to bed. 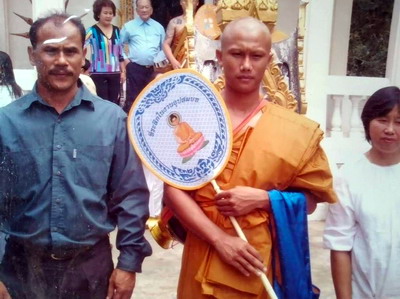 The practice is really important to Thai people and helps Thai men to become calm and peaceful. It’s important for us to learn about Buddhism in this way so we can take the teachings of the religion into our later lives. There are still many lessons learnt from my time as a monk that I practice today with my family. I continue to meditate every evening before bed for a deep sleep and I follow the five moral precepts of Buddhism which are to refrain from killing, lying, drugs, stealing and adultery.

If you’re visiting Thailand I would really recommend you go to a temple during your stay to learn about Buddhism. The best time to go is during the morning prayer as this is a really good thing to see. If in Bangkok you should visit the Wat Arun and Wat Pho temples which are spectacular examples of Thai architecture and culture. In Khao Lak we have many temples but I would recommend visiting the Wat Khuk-Khak temple which isn’t far from the resort. Alternatively you could book one of our temple tours or join our Glimpse of Local Life excursions where you can learn more about the history of the religion from The Sarojin’s experienced guides.“